The Yao People in Thailand and Their History

The Yao are an ethnic minority group living in areas from southern China to northern Thailand. In Thailand, sub-groups of the Yao, especially those who call themselves "Mien", live in remote mountainous areas. The original "Yao" (Yaos) were one of China's 55 ethnic minorities and are known in Chinese history to be "adept at migration." After several centuries of continuous migration, they moved from east to west, gradually establishing themselves in southern China and then spread to other countries in Southeast Asia. (See The Ethnography of the Southeast Asian Mountain Peoples: The Yao and their Neighbor Tribes by Yoshiro Shiratori)

It is said that the Mien people, who practiced slash-and-burn farming, migrated from southern China and came to live in Thailand in the late 19th century. There seem to have been several routes taken by different groups to Thailand, for example one route through Vietnam and Laos or another through Burma. The Mien people, who live in the Chiang Rai province, the Chiang Khong district in northern Thailand, and in the Chiang Kham district in Phayao province where Muu Toh Muu has a business relationship with them, are said to belong to the group which migrated via Vietnam and Laos. They can tell the difference by women's hoods. The Vietnamese and Lao group wear a round headband and use primary colors of red, yellow, green, white and purple for embroidery, while the Burmese group has a crossed headband and their embroidery is mostly blue.

It is estimated that there are about 41,700 Mien living in the northern provinces of Thailand, including Chiang Rai, Naan, Phayao, Chiang Mai, Turk, Lampang, Kamphaengphet and Pisanurok (Wikipedia, 1995).

Thai Government's Measures to Deal with the Mountain People 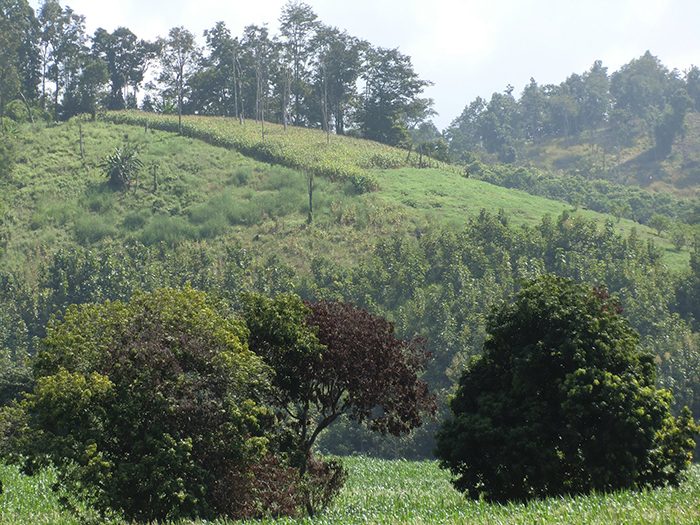 As for agriculture, the Thai government banned slash-and-burn farming and poppy cultivation, promoted settlement, and encouraged the cultivation of cash crops in order to protect forest and water resources. At the same time, they registered mountain people as "Thai citizens" and revised the Thai Nationality Law to make them "Thai citizens." However, the nationality law has become very complicated as it has changed along with political changes, and while some mountain people have acquired citizenship, there are still a significant number of mountain people whose legal status is ambiguous or stateless and are required to have blue or orange ID cards.

In the case of the Mien, however, most of them migrated to Thailand before the "official highlander survey" was conducted by the Thai Cabinet in 1984, and therefore most of them have Thai citizenship and are less likely to have nationality issues compared to other mountain people. 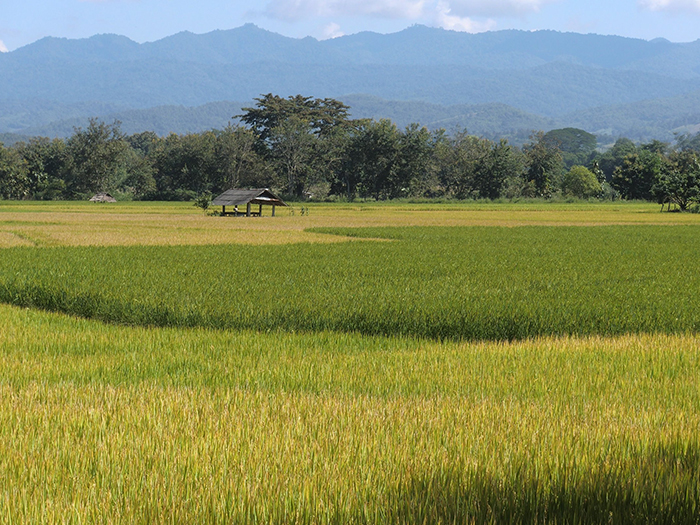 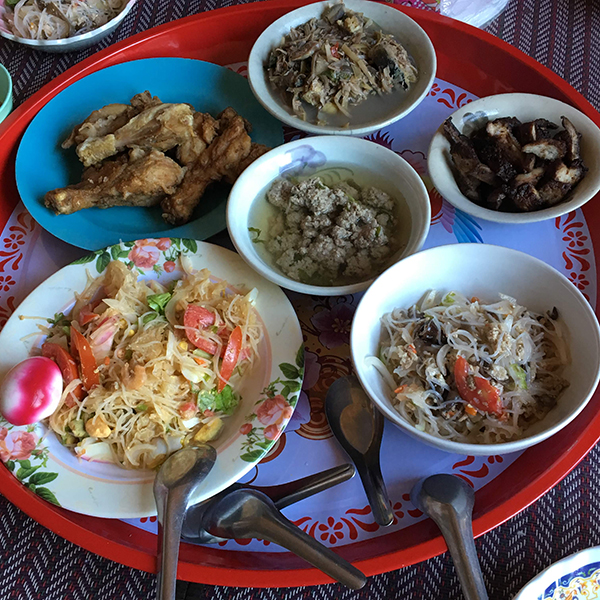 The Mien people cultivated poppy at high altitudes of more than 1,000 meters above sea level until around 1970. Later, however, the lifestyle of the Mien people changed dramatically as a result of the Thai government's policy to control the mountain people.

Originally, the Mien had a "pioneer slash-and-burn" policy of repeated migration every five to ten years, but the government's settlement policy led to the establishment of permanent villages. Gradually they moved from the highlands to the lowlands, growing upland rice for subsistence and cash crops such as maize, lam yai (longan), ginger, and tea, and in some places, coffee and rubber. They keep pigs, chickens, and other livestock on their residential property, and the villages of Tam and Soptu, where we have asked the villagers to embroider for the Muu toh Muu project, are also located in the lowlands, but the people moved there from the highlands about 40 years ago.

Recently, migration to cities and overseas for work is also increasing. Many women and families in Mien, who live in the cities, do business selling soy milk. I hear that some have been able to build houses as a result. In Thailand, soy milk is sold in the mornings and evenings at markets and on the streets, and people have it with fried bread called Patongkhor, a bread cut into small pieces. Most of the thriving soy milk stalls belong to Mien people. The reason for this is because they originally made tofu and soy milk during the New Year holiday season, and each family and clan have their own methods which have been passed down from their ancestors, and these methods are now used in the modern soy milk industry.

The Role of the Family

Fathers have an important role in supporting all family members, including children and grandparents, and enshrining the spirits. Only men officiate at various ceremonies in the village, and only qualified men conduct rituals. Traditionally, only men were allowed to learn Chinese characters. Mothers have many important tasks such as housekeeping, raising children, taking care of livestock, farming, making clothes, including embroidery, and selecting and preserving good seeds. They do not practice early marriage as seen in other ethnic groups, but impose strict discipline upon their girls.